Can you learn English just by listening a lot?

Here’s a question I often get in one form or another: Can you learn English by just listening a lot?

The Myth of English by Immersion

A while ago I went to a lecture by Roy Lyster.

He’s one of the leading names in immersion education. Learning a language by “immersion” has been popular for decades. It started with lots of ideas in the 60s, 70s and 80s about learning a second language in what was considered a “natural” way. The idea was you’d study, say, history, and get English for free. But as Peter Skehan points out in his book A Cognitive Approach to Language Learning, kids in Immersion schools get really good at understanding.

But… not much else.

They never get that good at speaking.

This is not to say immersion education is a waste of time. That’s not true: kids in these school still get better at the language than kids in normal, school, but that doesn’t mean they achieve native-like proficiency. 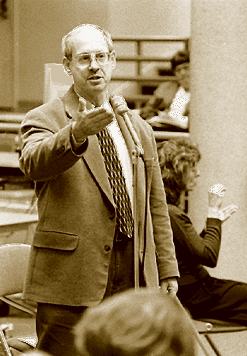 Steven Krashen was also someone interested in “easy listening” in order to get fluent… and his ideas are still popular today, even though they were quickly proven ineffective.

They’re mainly popular with marketers of low-quality audio-English-courses, though.

Because what could be better than just listening to a CD and being fluent in English, almost as if by magic?

First, what doesn’t reach the brain doesn’t get learned. And the truth is, most of what you listen to never does reach the brain unless you FORCE it too (more on that in a second). And second, even when it does, are you really understanding everything correctly? That’s very unlikely considering even native speakers don’t get everything all the time (if you don’t believe me, listen to an audiobook in your native language… then listen to it again – you’ll spot lots of things you missed).

In terms of listening, part of the problem is actually to do with a really good aspect of comprehension. The brain is really good at using whatever information it can to understand… EVEN WHEN YOU DON’T.

Many of the things you hear…

Your brain is picking up on all kinds of subtle body language, facial expressions as well as other contextual information.

Fantastic for comprehension, but not amazing for actually acquiring the exact language you’re listening to (which is what would have to happen to be able to just “listen” your way to fluency).

What Does Have to Happen

In order to get better at English, two things have to happen repeatedly:

You’ve gotta learn it, then use it.

I talk about this in detail here:


And that means taking the time to study English conversation, the phrases, expressions and the chunks we use, what they mean, how we use them and importantly, WHY we use them in the way we do (that is, the intention behind what we say).

And then actually getting out, into the real world, to use and master them in real conversation.